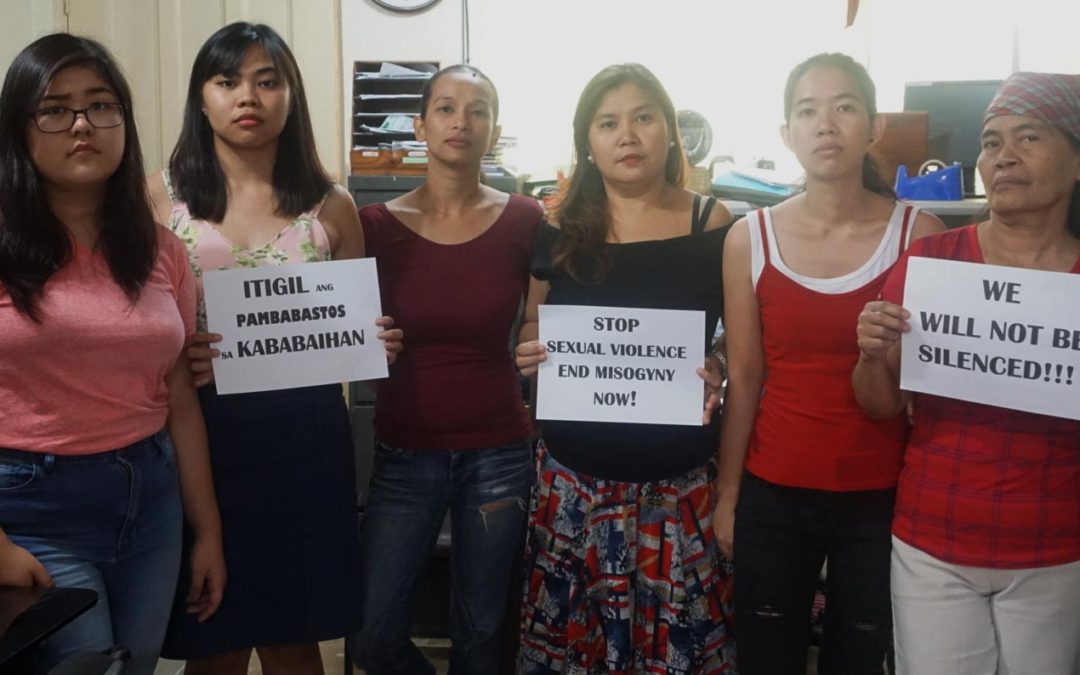 The Women’s Legal and Human Rights Bureau stands with women, human rights organizations, and activists who condemn the series of sexist remarks made by President Rodrigo Duterte. We abhor the president’s misogynistic, anti-women statements that contribute to the perpetration of sexual violence against women and girls.

We detest his latest directive that legitimizes sexual violence committed against women not just in times of armed conflict but in all settings. His statement not only sexualizes women but also reduces a woman’s value to her vagina.

The 1987 Philippine Constitution and the Magna Carta of Women both guarantee the role of women in nation-building. The Magna Carta of Women (RA 9710) demands the State to eliminate any form of discrimination and violation of women’s rights, and ensures that women are protected against all forms of violence. However, the president has repeatedly disrespected the Constitution and RA 9710 with his anti-women remarks always passed off as “jokes”. These actions only show his deep-seated misogyny that further contributes to the normalization of sexual violence against women and girls.

Furthermore, we are disgusted by the dismissive response of Presidential Spokesperson Harry Roque on the reaction of various women and feminist organizations. By continuing to downplay the gravity of the extent and severity of sexual violence, the state contributes to a culture of impunity – a total disregard to the rule of law and allowing blatant discrimination against women without any State sanction. The inaction of concerned government agencies towards the derogatory and sexist remarks of the president, his allies and supporters contribute to the culture of impunity that adds to the further invisibility of sexual violence, and silences women victims.

Women and girls do not deserve the continuous anti-women attacks made by the highest official of the land and other government officials. The State, instead, must protect and promote the rights of women and girls from all forms of violence.

We call on women, and allied individuals and organizations not to fear and continue to challenge and expose the anti-women statements, remarks, and actions of this government. We hold the State accountable for its total disregard of the Magna Carta of Women, and in failing to fulfill its obligation to eliminate gender-based violence and discrimination.