Enough of Impunity and Women Hating! 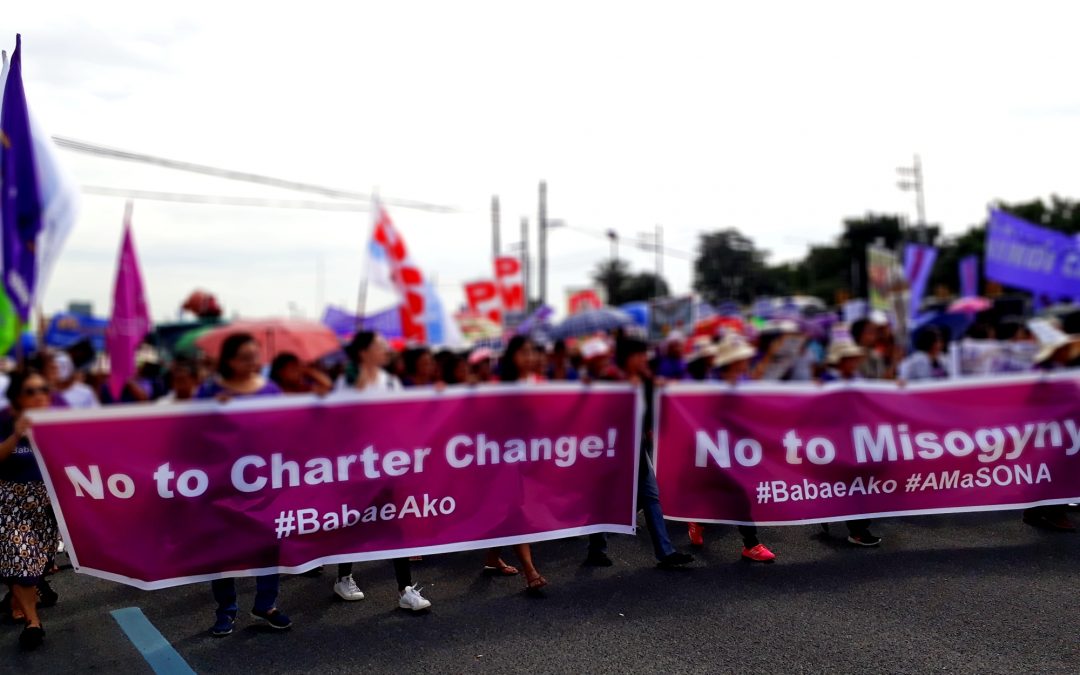 Two years into the Duterte administration, the country sinks deeper into a quagmire of impunity, misogyny, and authoritarianism. We demand justice for the victims of State-sanctioned and State-tolerated killings. We deplore the corruption scandals surrounding Duterte’s appointees. We continue to condemn his misogynist and sexist rhetoric inciting hostility and violence against women. Duterte’s dogged persecution and discreditation of his female critics, including his attacks against Sister Patricia Fox, reflects his anti-women stance and puts at risk all progress made by women and human rights groups.

We stand up to challenge an administration ruled by an authoritarian strongman. With the distortion of human rights, the vilification of institutions critical of his administration – starting from the press, human rights groups, women, and now the Church – and the push for charter change which envisions a no election scenario in 2019, Duterte’s agenda is clear: to systematically dismantle our democratic institutions.

We resist Duterte’s misogyny and sexism. We are living in a culture of women-hating and sexism that normalizes discrimination and violence against women, and pushes women’s issues, especially the marginalized, into the periphery, rendering us invisible. Rather than move forward to a gender-equal Philippines, Duterte would have us step back to a society that breeds patriarchy and machismo and promotes inequality and violence.

We will continue to expose Duterte’s misogyny in this period of authoritarianism. We do not tolerate an environment that perpetrates a culture of hate against women and condones the killings.

The Women’s Legal and Human Rights Bureau calls all women, human rights movement, social movements, and all organizations and individuals to continue to stand up, rage, expose, and resist together against this authoritarian and anti-women regime.

This has been featured on Inquirer on Aug 7, 2018: http://opinion.inquirer.net/115172/enough-impunity-women-hating