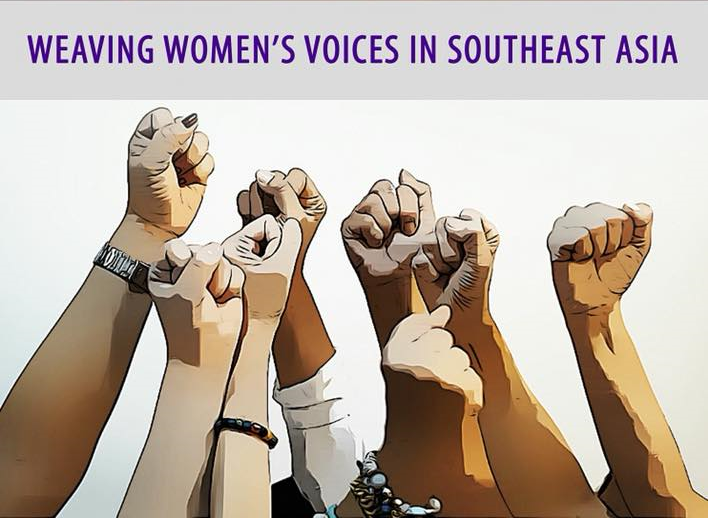 QUEZON CITY, PHILIPPINES — As ASEAN Leaders are on their way to attend the 31st ASEAN Summit, womens groups all the way from ASEAN countries including Timor Leste gathered in the halls of the Commission on Human Rights to raise their voices on the unabated rise of sexual violence against women and girls in the region.

The year 2017 marks the 50th year of ASEAN, yet women activists who are delegates of the ASEAN Civil Society Conference/ ASEAN Peoples Forum (ACSC/ APF) asserted, what is there to celebrate when sexual violence persists with impunity in Southeast Asia over 50 years?

In the research undertaken by Weaving Womens Voices in Southeast Asia (WEAVE) network, Coming Out of the Dark: Pursuing Access to Justice in cases of Sexual Violence against Girls in ASEAN, data shows that sexual violence continues to rise in different fronts amidst the pressing political climate in the region. The research revealed that cases of sexual violence increased in six countries covered in the study. These countries include: Brunei Darussalam, Cambodia, Indonesia, Myanmar, Philippines, and Thailand. Six countries comprise majority of the ASEAN Member States. However, ASEAN has no consolidated regional data to reflect the severity of sexual violence in the region. Jelen Paclarin of Weaving Womens Voices in Southeast Asia remarks, “it is as if sexual violence is being made invisible in ASEAN.” She continues, “in the rising authoritarianism of ASEAN governments, culture of impunity and misogyny intensify and these make access to justice more and more elusive in ASEAN. This is especially true for cases of sexual violence against women and girls.”

Southeast Asian women activists also saw how politics exploits women, using their sexuality to silence them. Thida Khus, from SILAKA- Cambodia, lamented how politicians frame women’s issues for political gain and to target human rights defenders. She cited a case in Cambodia where a woman who was accused of having a sexual affair with the opposition political party leaders and in turn, was assisted by human rights groups. The government called the representatives of the said human rights groups for questioning. They were accused of bribing the witness to lie in court, as a result, 5 were imprisoned for over one year.

In Indonesia, there is an increase in gang rape cases and the most recent one is a 13 year-old girl who was gang raped by 20 men in Bengkulu. The case stirred public anger– yet some still saw rape as a moral or private issue which should not be exposed to the public. “Rape is a crime against humanity, not a morality issue, but to the public it is a taboo that should be kept in the dark. We want to break this silence, we want access to justice for all cases of sexual violence not only in Indonesia but in the whole of ASEAN,” says Rena Herdiyani of Kalyanamitra-Indonesia.

The ASEAN Community Vision 2025 claims to make ASEAN a more integrated region, one regional community where Southeast Asian people are free to move or work. This continues to expose women to risks of sexual violence in trafficking and migration. “Thailand continues to be a transit country, and is both a sending and receiving country, yet migrant women especially domestic workers, ethnic minority, indigenous women, lesbian, bisexual, and transgender (LBT) women, and women and girls with disabilities remain unprotected and vulnerable to sexual exploitation and violence. According to Annual Judicial Statistics Thailand 2016 there were 5,462 women and girls who faced challenges in justice processes. ASEAN mechanisms should emphasize the best interest of girl-child,” Panjit Kaewsawang of Foundation for Women Thailand stated.

In conflict or post-conflict situations, sexual violence persists. In conflict-laden Myanmar, women and girls suffer sexual violence. Military offensives and human right violations, including rape, torture, and enforced disappearance of women in ethnic areas are continuing with impunity. Womens League of Burma and the Kachin Women Association Thailand have documented more than a hundred cases of military rape in Kachin and Northen Shan State since 2011. One of the serious cases was in January 2015 where two Kachin teachers were raped and killed by Burmese military soldiers in Kaung-Kha village, Northern Shan state. “Women and communities continue to suffer atrocities as a result of Burmese military cleansing of ethnic people amidst national ceasefire talks. The power is still concentrated in the military,” said representatives from the Kachin Women Association Thailand, and Womens League of Burma.

The politically sensitive issue about the Rohingya remains unaddressed. “Recent accounts point to sexual violence experienced by Rohingya women and girls, yet ASEAN leaders continue to turn a blind eye on the issue,” noted by Khin Ohnmar of Progressive Voice, an organization advocating for the rights of Rohingya people.

The womens groups convened in the forum on Access to Justice in the Context of Rising Authoritarianism: Cases of Sexual Violence against Women and Girls in Southeast Asia held on 12 November 2012, just a day before the ASEAN Summit. The forum was organized by Weaving Womens Voices in Southeast Asia who also launched their research report in the forum. The WEAVE network calls for the Heads of States in ASEAN to: