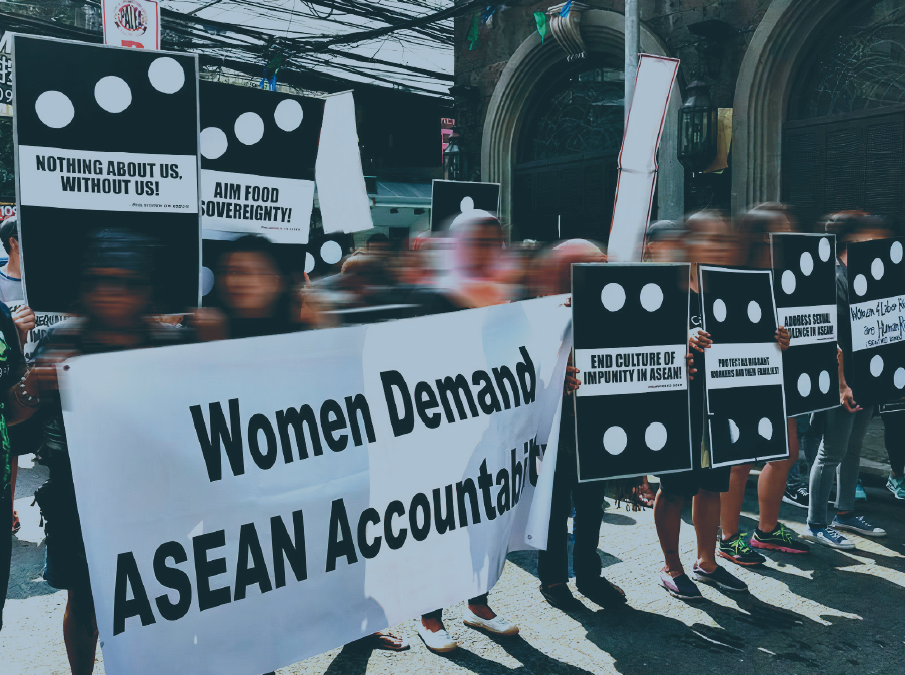 Women and girls comprise half or 49.96% of the Association of South East Asian Nations’ (ASEAN) combined population of 655.9 million people who are vital cogs in the region’s economic sectors, with women representing 44.4% percent of workers in the service sector, 39.2% in agriculture, and 16.4% in manufacturing particularly in the garments industry.

The ASEAN recognize the important role of women in the region’s road map on realizing economic development as enunciated in its Community Vision 2025 that aspires for a cohesive, inclusive, and people-centered regional economic integration as enunciated in the ASEAN Economic Community (AEC) Blueprint. Generally, the AEC is cognizant of improving women’s inclusion, and in a way has expanded women’s economic participation across the ASEAN. However, gender gaps in employment, wages, decent work, social protection, and safe work spaces continue to persist. An analysis in 2016 made by WEAVE on the AEC Blueprint 2025 noted that despite the increasing access of women to education and workforce participation, they continue to experience poverty, wage and promotion gaps in employment, and increasing incidences of exploitation and trafficking. This is because while economic growth provides more opportunities for women’s economic empowerment, gender hierarchy and violence against women persists in the family, community and workplace as reflected in the following outcomes:

Because of their gender, women and girls continue to find themselves in disadvantageous and oppressive situation across the ASEAN that was further exacerbated by the COVID-19 pandemic. Feedback gathered by WEAVE from communities across the region indicate that  the pandemic has pushed marginalized women and girls at a greater disadvantage due to loss of jobs and job insecurity of family members, the travel restrictions that affected  mental health, and additional care responsibilities from the home-based learning of school children and tending to sick members of the family. Therefore, addressing women’s economic injustice has to go “beyond legal measures and into the interplay of politics, economics, and culture…” by looking into processes on how to empower women, how to improve  their condition, and how to dismantle cultural barriers through systemic change, social transformation and reconstruction.

Aside from aspiring for a deeper economic regional integration and stronger regional unity, the ASEAN Community Vision 2025 also commits to realize this in a gender-responsive way as stated in the ASEAN Declaration on the Gender-Responsive Implementation of the ASEAN Community Vision 2025 and Sustainable Development Goals.2 The ASEAN’s commitment to gender equality and recognition of the rights of women to non-discrimination and equality is also articulated in its various policy instruments.

The FEJA was evolved by WEAVE from the voices and narratives of marginalized women in relation to their experiences in their political, socio-cultural and economic activities.  WEAVE through its country partners in Cambodia (SILAKA), Indonesia (Kalyanamitra), and the Philippines (Women’s Legal and Human Rights Bureau) conducted a series of community workshops and story gathering for this purpose with its community partners.

Real stories of women and girls is the heart and soul of the FEJA that is hoped to amplify across the ASEAN the voices of marginalized women, who in all aspects of life are voiceless, unrecognized, powerless, excluded, oppressed, and invisible.