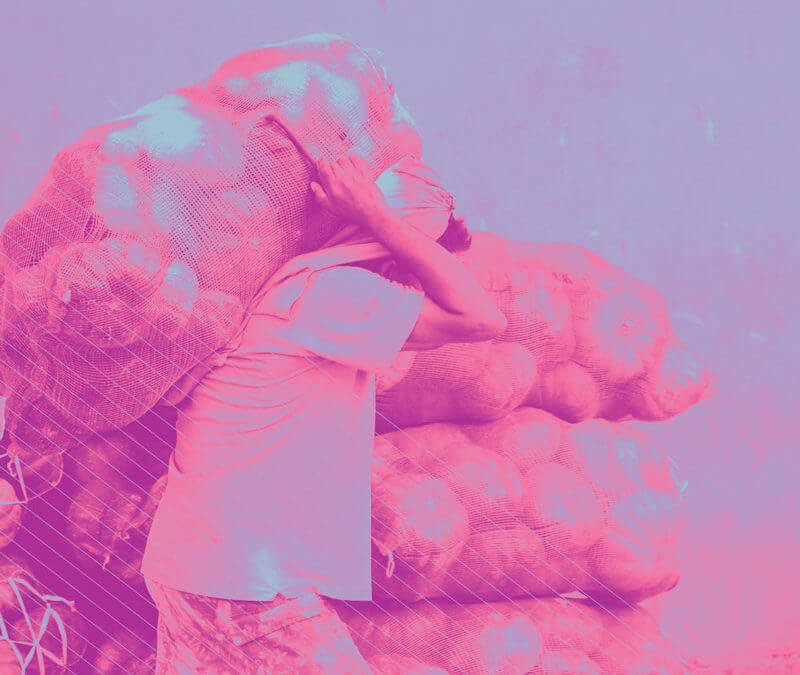 This document was prepared and documented by the Women’s Legal and Human Rights Bureau, Inc. (WLB) and four partner communities of WLB: (1) Ayta women in Cabangan, Zambales; (2) Post-Haiyan victim-survivors in Marabut, Samar; (3) Women farmers in Real, Nakar, Infanta, Quezon; and (4) Former overseas Filipino workers from Talisay, Negros Occidental. The period coverage of this report is from March 25- April 19, 2020.

On 16 March 2020, President Rodrigo Duterte issued Proclamation No. 929 which declared the entire Philippines under a State of Calamity for six months and imposed an Enhanced Community Quarantine (ECQ) throughout Luzon. The ECQ restricted movements of people except those working in essential services such as health, food, banking, and select government offices. They are allowed to work but are required to present identification cards when stepping out of their houses or traversing checkpoints and city boundaries, as proof that they are working in the exempted industries. Filipinos found to be violating the ECQ are apprehended by the police and penalized accordingly. The ECQ was initially scheduled to last until 13 April 2020 in Luzon but was extended until 15 May 2020. Alongside this announcement is the threat from the President himself to declare martial law should social distancing rules and other quarantine measures continue to be breached.

This update covers the period of 25 March up to 20 April 2020.  During this time, WLB was able to send direct assistance to the four communities after almost two weeks of lockdown. But issues confronting women, particularly marginalized groups, remain the same: 1) Women’s excessive “mental load++” which affects their mental health and wellness; (2) Women’s tendency to prioritize food expenses over their own personal hygiene expenses; (3) Rampant economic insecurity and multiple burden of women in the time of COVID-19; (4) Lack of information from the government on the local COVID-19 situation and response efforts of the local government unit (LGUs); (5) Limited access to government facilities and services due to the increasing number of COVID-19 patients; (6) Possible military harassment and threats of COVID-19 infection faced by women leaders acting as frontliners at the Barangay Level to help LGUs respond to COVID-19; and (7) Low reported cases of violence against women.[1]

For this report, WLB and its partner communities reached out to the following marginalized groups of women in the rural community: women with disability, lesbian, bisexual, and transgender (LBT) women, women migrant workers, indigenous women, peasant women, women fisherfolks, and girl children to surface and understand their situation. Although Talisay, Negros Occidental, and Marabut, Samar are both located in the island of Visayas, their local government units also subjected the two areas under ECQ.

The above information gathered by WLB in partnership with women in communities is a grave example of both the effects of a pandemic to women, and the failure of the government to respond to the needs of women in different sectors.

The problem with gender neutrality and blindness in Philippine policies, programs, and responses, is that it is systemic. It is deeply ingrained in our structures, norms, beliefs, relations, and systems. Unfortunately, the COVID-19 crisis only aggravated the existing discrimination, violence, and inaccessible and inefficient criminal justice system. The culture of impunity remains evident, if not highlighted even more, as the national government fails to efficiently and comprehensively take action during this public health emergency.

A transformative approach is necessary, and daresay inevitable, in addressing inequalities that had persisted for years with or without a crisis.  A general, non-specific, non-inclusive approach to addressing COVID-19 will not work because there are specific contexts and distinct experiences that must be considered in planning and budgeting.

The pandemic has exposed that there is a “new normal,” so “business as usual” approaches or responses will no longer work.

There is a continuing practical need from communities that demand gender responsive relief packages and support systems. CSOs and feminist groups must continue to expose the disproportionate impact of this crisis on women and girls and how the latter respond, negotiate, and rise above the situation.

Thus, with or without a crisis, women and girls must not be silenced. Women and girls should be free from any forms of subordination, oppression, inequalities, violence, and discrimination. #

[6] The Kuwait Red Crescent Society constructed 297 housing units in Sawere constructed and named  Kuwait Humanitarian Village in Marabut after typhoon Haiyan. Most of the families living there are those who lost their homes during typhoon Haiyan.