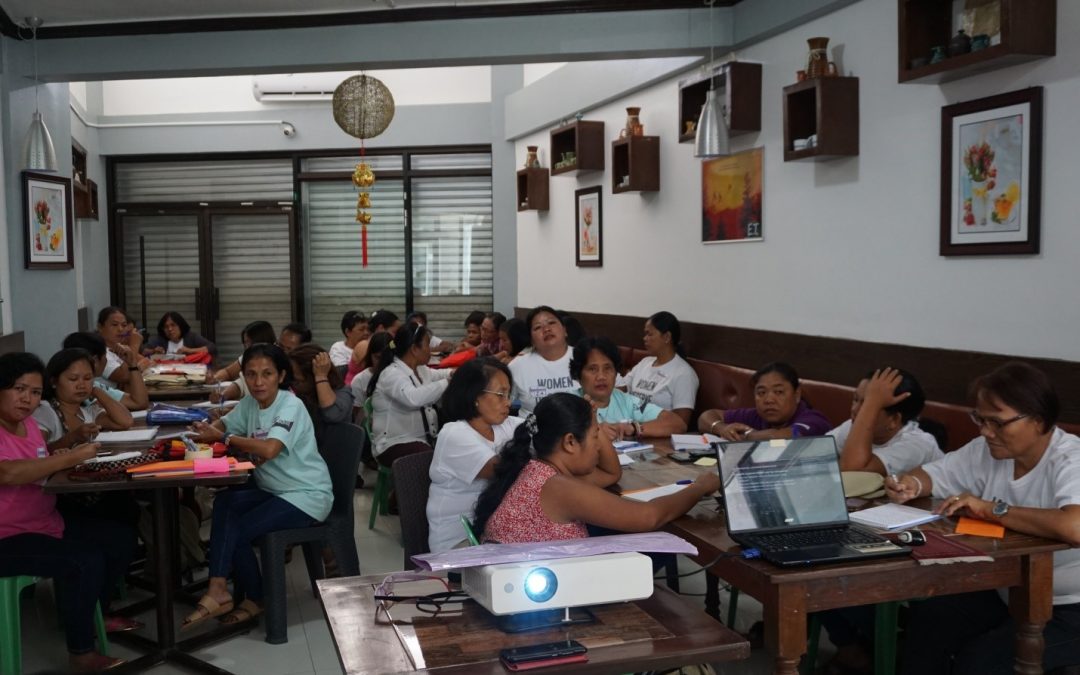 Last September 7-9 WLB conducted a capacity building activity for the women of Samar entitled Boses ng Kababaihan (BOKA): Sama-samang Pagsasanay ng Kakayanan at Pagpapanday ng Kagalingan ng mga Kababaihan Ukol sa Batas.  Held in Be Hotel, Tacloban, Leyte and was attended by 32 women survivors of typhoon Haiyan. It was facilitated by WLB in its strong commitment to create spaces for women to access justice through capability building of women across the country.

As a result of the three-day training, the participants were able to formulate organizational action plans confronting cases of violence against women and children and victims of rape in their respective communities.  Aside from prioritizing at least two cases per organization, they also listed down steps on how to strengthen their organizations to be effective women advocates within their communities. In the follow through reflection sessions, the participants were able to surface their enthusiasm to echo RA 9262 (Anti-Violence Against Women and Children), RA 8353 (Anti-Rape Law) and RA 9710 (Magna Carta of Women) in their organizations and in the community level.

The training was supported by Voice-Philippines under the project Nothing About Us Without Us: Amplifying Voices of Marginalized Sectors in Samar. Voice is an innovative grant facility that supports the most marginalised and discriminated people in ten low- and lower-middle income countries in Africa and Asia.