Nothing About Us Without Us: Boses ng Kababaihang (BOKA) Ayta Abellen 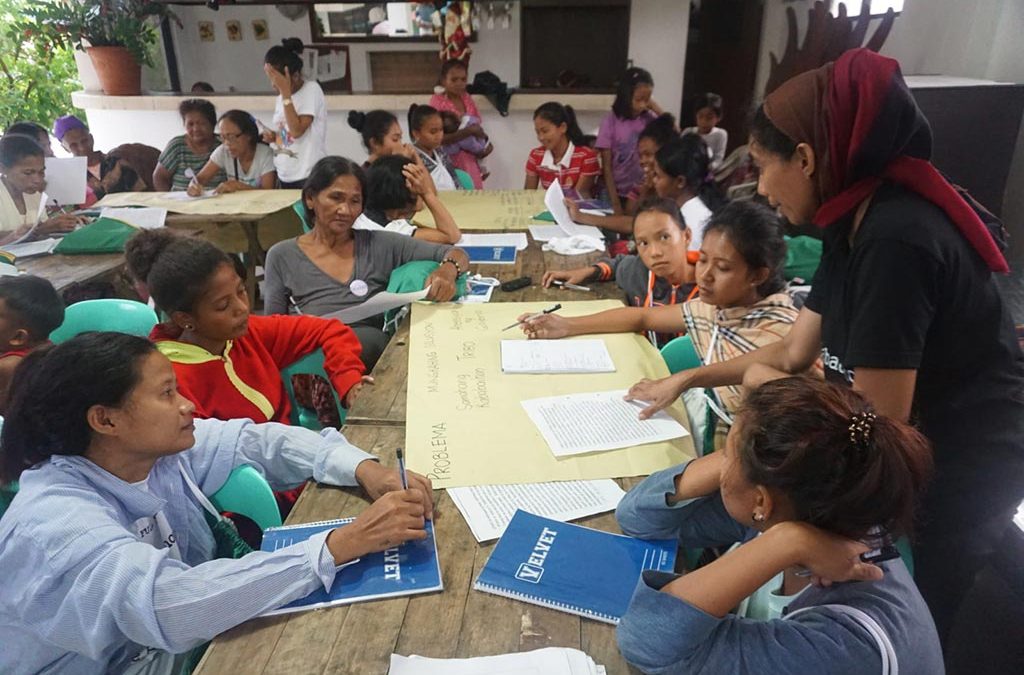 A three-day workshop was conducted by WLB and Kababaihang Samahan ng Zambales (KASAMA) on Oct 29-31, 2018 with Ayta Abellen women from 4 villages (sitio) in the municipality of Cabangan, province of Zambales.

The capacity building activity tried to explore how violence against women (VAW) and gender-based discrimination happen and affect them as Ayta Abellen women. The workshop also introduced the group to Republic Act no. 9262 (RA 9262) or the Anti-Violence against Women and the Children Act and how they, as individuals, women-leaders and a women’s organization understand and utilize this law as a way to combat violence and discrimination, and towards accessing justice.

By the end of the activity, the Ayta Abellen women have created an initial draft of a workplan mapping out their steps to share with more women in their municipality about RA 9262, and group of young women-leaders, showing initiative in bringing up issues that concern their age, had emerged.

This project is supported by Voice-Philippines. Voice is an innovative grant facility that supports the most marginalised and discriminated people in ten low- and lower-middle income countries in Africa and Asia.